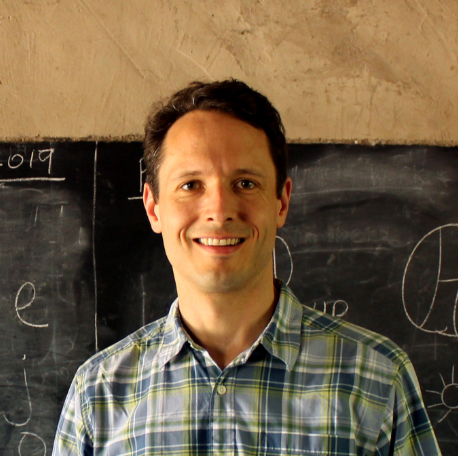 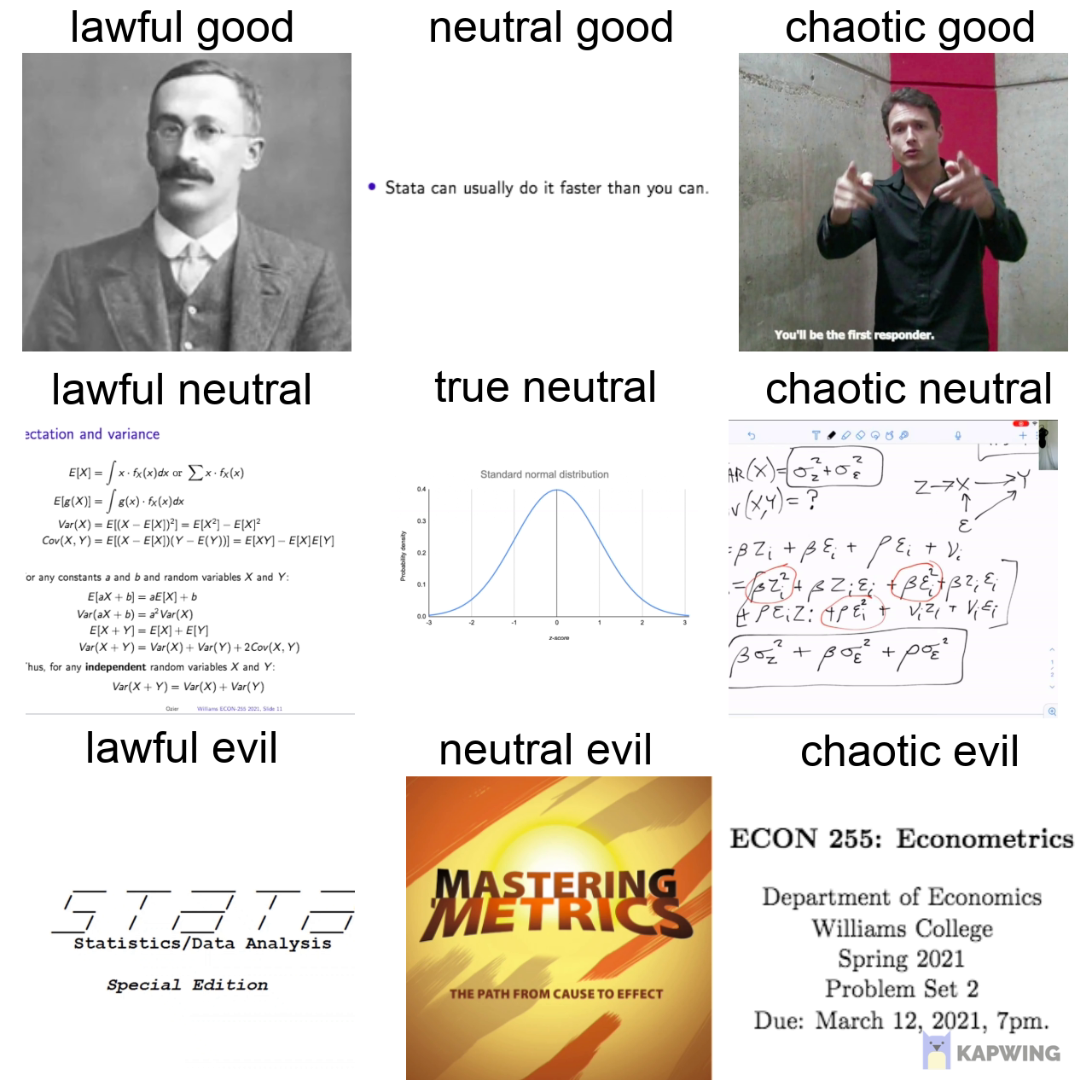 Selection Bias: Studying a Lot and Getting a Bad Grade Doesn’t Mean that Studying is Correlated with Lower Grades.

Those who study more
might be self-selecting to,
because they know less.

A Ballad to the Multiple Regression Model

As if a single variable were not enough
Multiple regression came along to add more stuff
When used for causal inference
There is one big difference.

The Non-linear Model Not Taken

Two models seemed to diverge in a problem set
And sorry I could not use both
And be one economist, I did not fret
Because when I predict values with the coefficients I get,
The logit and probit models show similar growth

Logit and Probit equally lay
In normal or logistic CDFs from zero to one
And while heavier the logit tail may weigh
I know neither model will lead me astray
So long as the data are non-linear, a reasonable prediction will be done

I shall be telling this without hesitation
Somewhere, after econometrics is done and I’ve done my due diligence:
Two models seemed to diverge in a problem set,
I took the probit model for its easier interpretation
And it has not made much difference 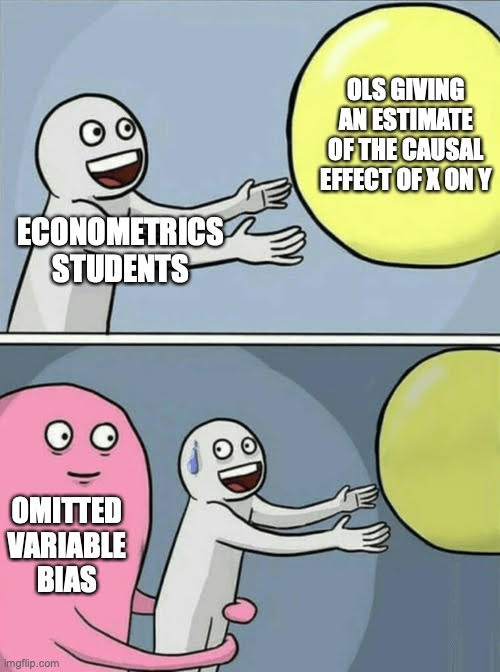 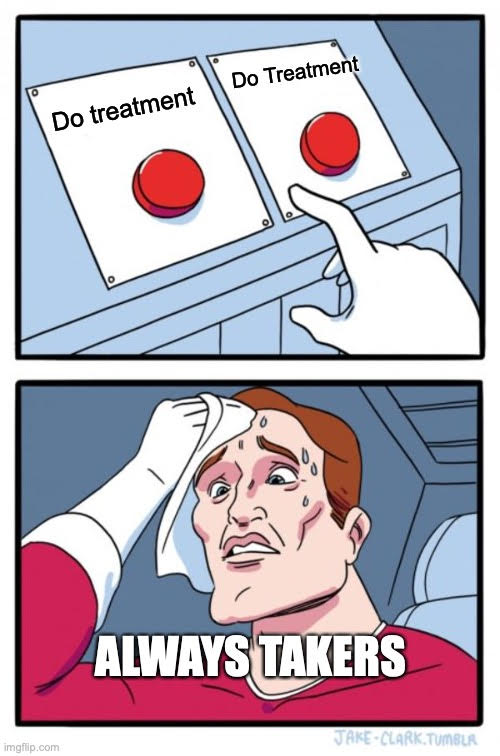 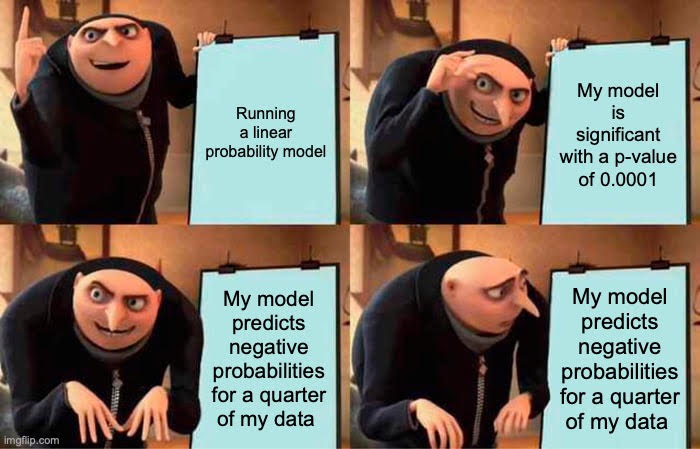 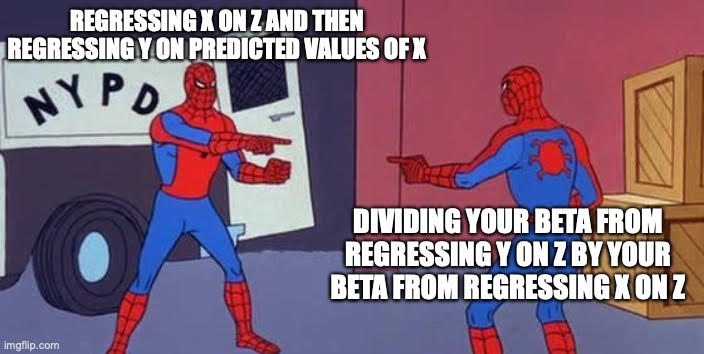